Street Names and Nicknames for Methamphetamine

What Is Meth Referred to on the Street?
Some of the more widely used street terms for meth are speed, crank, tweak, chalk, Tina, and gak. Terms which describe the effects and experience of meth use include tweaking, spun out, or scattered. Nicknames for combining meth with other drugs include twisters, fire, and shabu.

Methamphetamine (meth) is a stimulant that can be used for medical purposes.1 However, it is highly addictive and therefore can only be prescribed by a doctor in very low doses. Meth is a white powder that has a bitter taste and no odor. It can be injected, snorted, smoked, or ingested.

According to the National Institute on Drug Abuse, meth changes the brain’s chemistry by blocking dopamine in the brain. When someone uses meth, the drug enters the brain and releases huge amounts of dopamine, causing an extreme high (euphoria).2

Chronic meth use can cause functional and structural changes to the brain, especially to the areas that deal with memory and emotion. It can also cause molecular and chemical changes in the brain, which can be reversed after an extended period of abstinence from the drug.3

As a popularly abused substance, meth has accumulated a number of names. Some nicknames like “speed” and “crank” have become a part of our colloquial parlance, while others remain much more obscure, perhaps intentionally.

Other Names for Meth

When meth is combined with other drugs, such as ecstasy, cocaine, crack, and coffee, there are slang terms for those combinations as well. These include “twisters,” “hugs & kisses,” “fire,” “shabu,” “biker coffee” and “party & play.”

There are also various street names and nicknames for meth use. When someone is using meth, they may describe it by any of the following slang terms and phrases: “getting geared up,” “chicken flippin’,” “hot rolling,” “fried,” “foiled,” “speed freak,” “tweaking,” “scattered,” “spun out” and “zooming.”

Police officers often must study these ever-changing terms to find out about drug use in certain neighborhoods. In addition, it is helpful for parents of teens to know about these terms so they can easily identify drug use in children or others.

Meth causes an increase in energy.4 According to NIDA and to observational research studies, if you notice your teen becoming more hyperactive than usual and sleeping less, then they may be using meth.2,5 Meth can also cause hot flashes, vision problems, dry mouth, headaches, and dizziness, so be wary if a teen complains of any of these problems.

In less than five minutes, see if your loved one—or you—may be addicted to meth. Take our online confidential survey.

Health Effects of Meth Use 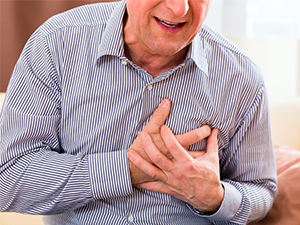 Meth is a powerful stimulant that can cause noticeable effects even at low doses. It works by increasing the activity of neurotransmitters throughout the brain—most notably dopamine, which regulates the brain’s responses to pleasure and reward.4

Short-term effects of meth may include:2

Meth use can become even more detrimental over long-term or chronic use. As a person begins to use more meth, the brain will need higher and higher doses to achieve the same high.3 This pattern of increased doses often leads to dependency and addiction, which come with many negative and dangerous consequences.

Long term effects of meth abuse can include:3

In addition to these problems, meth abuse is known to cause damage to the actual brain cells, particularly in the areas that influence emotion and memory.6 Sustained abstinence can help reverse much of the damage caused by meth use.

Mixing Meth and Other Substances

Mixing meth with other drugs is a risky endeavor. Combinations of meth and other stimulants such as cocaine or ecstasy may have compounding effects that greatly agitate the central nervous system and lead to a dangerous increase in heart rate and blood pressure.7,8

When meth is mixed with a depressant substance such as alcohol, opioids, or barbiturates, dangerous counteracting effects can occur.2 With alcohol, for example, meth can decrease the feeling of drunkenness, causing the person to drink more and more to achieve the desired effect, potentially leading to alcohol poisoning.

A surprising number of college-age people are able to get doctor-prescribed stimulant medications even though they don’t have a doctor’s recommendation. This is a far-reaching problem that may enable abuse. Where do college-age men and women get their hands on these medications? In 2016, Recovery Brands revealed that a whopping 63% of young people 18 to 28 years old get access to their prescription ADHD medications by means of their friend. 20.4% get them from family members, more than 18% via people they know from school, and 14.8% through a drug dealer. People who have a prescription can help out by keeping tabs on their prescription stimulants in order to protect at-risk young individuals from substance misuse and its consequences. Read more 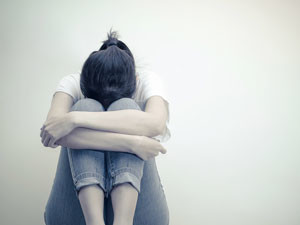 When working through treatment for meth abuse, a person may struggle with uncomfortable withdrawal symptoms such as:9

The period of detox and withdrawal, while not life-threatening, can be extremely unpleasant. Recovering users may want to work through treatment in a more luxurious setting focused on comfort.

Luxury and executive rehab programs focus on providing the most comfortable rehab experience. The facilities tend to have many amenities such as:

Many recovering meth users find that the amenity distractions help them through the discomfort of withdrawal and cravings.

Luxury programs also tend to offer more one-on-one therapy sessions with a psychologist who can help with depression, the most common symptom following meth use.

While traditional addiction rehab programs will also have quality therapy sessions with a trained psychologist, they may not offer quite the same level of one-on-one care.

It is important to note that luxury programs will cost more than traditional rehab due to the extra amenities. While luxury programs definitely earn their higher price tag, traditional programs can also provide high-quality treatment to recovering meth users. Be sure to consider cost when evaluating treatment programs for meth abuse.

How to Tell If Someone Is Using Meth

A meth user may show obvious signs of intoxication. Some common indications that a person is abusing meth include:10

When a person is addicted to meth, they may show signs of habitual drug-seeking behavior, such as:

The combination of these meth effects and drug-seeking compulsions would indicate that your loved one is addicted to meth and should get help immediately before long-term damage can develop.